How to Get a Land Use City Ordinance Changed

The California Fire Code allows cities to adopt building standards relating to fire and panic safety that are more stringent than the building standards contained in the California Building Code (CBC). In 2007, this provision allowed the City of Fullerton to enact a more restrictive maximum occupancy requirement for bars and restaurants that allow dancing. The effect of this amendment reduced assembly occupancy to no less than 15 net (15 square feet per person) in areas without fixed seats, such as dance floors. Prior to this change the CBC Floor Allowance was 5 net (5 square feet per person) – standing only or 7 net (7 square feet per person) – concentrated – chairs only not fixed. This essentially cut the number of patrons allowed in the restaurants/bars that had dancing by half, which also cut the businesses’ potential revenues in half. The City’s rationale was that by adopting a more restrictive maximum occupancy requirement it would result in less people within the establishments, reducing a portion of the negative outcomes associated with overcrowding which had been on the rise in Downtown Fullerton at that time. However, this more restrictive maximum occupancy requirement actually resulted in a significant decrease in revenue for the historic downtown businesses, and an increase in the number of unsupervised and often intoxicated people crowding in the streets, sidewalks, and parking lots within the historic downtown area because they could not get into the restaurants/bars for dancing. However, by allowing 5 net or 7 net as specified in the CBC, there would be significantly less people on the streets, etc., because they would be in the restaurants/bars where experienced business operators and security professionals were qualified to manage them. This would also reduce the burden on the police department as there would be less people crowding the public areas and less issues associated with that.

As a result, I was brought on by members of the Fullerton Downtown Restaurant Association to work with the City of Fullerton to get the 15 net occupancy requirements reverted back to the CBC’s 5 net and 7 net occupancy requirements. I set up multiple meetings with the City Manager, Fire Chief, Community Development Director, and the Chief Building Official. Both myself and several owners of restaurant/bars in the historic downtown area showed these city officials that the issues which prompted them to change the occupancy standards back in 2007 no longer existed and made them aware that the decrease in occupancy was actually hurting the businesses by decreasing revenues.

We also explained that under the current situation, if visiting the historic downtown became a negative experience for patrons due to the inability of getting into restaurants and bars, they may go to other cities that offer more positive experiences. This could result in business owner’s having a decrease in income and becoming less profitable, which could cause some to close. This could cause other businesses in the area reliant on the bar and restaurant traffic to potentially close their doors as well. Lastly, if businesses start to close and lots of store fronts are displaying for lease signs, less patrons and businesses may want to be in this area, leading to more vacancies, decreased business, loss of tax revenue, decreased property values, and the historic downtown becoming a less desirable area to visit. 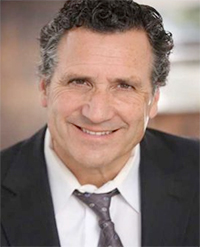 Do you or your client need help or just want some advise to get a entitlement or permit approved? I’m here to help.

Terry is a key factor in the success of many of Sharp HealthCare’s projects. Terry has worked with us on a Cancer Center, a Master Plan, a major 770 stall parking structure, a medical office building and most recently on a new $239M hospital expansion. As a member of each project’s Design Build team, it was Terry’s job to manage the interface with local government and special districts on all required permits. We consistently achieve our fast track schedules, because Terry is “best-of-class” in securing entitlements.” Pat Nemeth, Vice President Sharp Healthcare